Civic Night was Tuesday March 4, 2014, coordinated by Evangelist Sonja Leslie was deemed a time set aside to give homage to our Civil Authorities.  Likewise our Civic Leaders recognized the event with salutations of gratitude and resolutions.  Among those leaders present: representing the Office of the Mayor, Kenny Anderson and Councilman Richard Showers who both addressed the assembly.  Commissioner Bob Harrison was not present and Alabama State Representative Laura Hall was in Legislative Session, both sent regards including many other city leaders.

Bishop Meadow’s exhorted, “Let anyone who is thirsty come to me and drink” (John 3:7), and spoke on a variety of social relevant topics that Christians face daily.  The next state meeting will be held June 16th – 20th the 2014 Jurisdictional A.I.M. (Auxiliaries in Ministry) Convention in Birmingham AL.

This entry was posted in CHURCH OF GOD IN CHRIST (COGIC) and tagged Alabama First Jurisdiction.

In 2012, Alabama First Jurisdiction COGIC paid off the mortgage on Headquarters (Holy Hill).  On October 16, 2013, COGIC Presiding Bishop Charles E. Blake made mention of Bishop Meadows’ great guidance and stewardship during the dedication and mortgage burning event.  The Master of Ceremonies duties were shared by Superintendents W.K. Ellison, Chief Operating Officer of Bishop’s Programs and Dr. Terrell Harris Jr., Fourth Administrative Assistant.  A parade of Mayors and a host of dignitaries were also present as Bishop Blake brought a message on Dedication, highlighting from the Bible, the Book of Ruth.

Bishop Blake said, “The story of Ruth is the story of determination and the importance of being associated with great people.  Her clinging to Naomi was a result of her being placed on Ruth’s heart.  Only by working together in relationship with others can great things be accomplished.”  He said, “Alabama you are impacting eternity, Alabama you did it.  I believe I am in the presence of some stewards.  God will remember you because you put in the work.”  Some other remarks Bishop Blake said during the ceremony are, “Unity and having one mind requires commitment, the commitment to make things work whether in marriage, work, church, etc.  Be the best person you can.  Avoid bitterness, fish can live a life time in salt water yet not be salty.  If fish can do it so can we in this world.”  The service concluded with the acknowledgement of the deed to the property, the burning of the mortgage and the dedication of Headquarters as the O.L. Meadows Cathedral.

Bishop O.L. Meadows and the Executive Board of Alabama First Ecclesiastical Jurisdiction of the Church of God in Christ met with Weaver Reality and owners to sign a contract to purchase Holy Hill which contains twenty four houses, located on eighteen acres in the metropolitan area of Bessemer, Alabama in 1993.  At this time, realtors gave the asking price of 3 million dollars to Bishop Meadows for this property located on Bessemer Super Highway.  After prayer and negotiating with the real estate company and the owners, Bishop Meadows got the price down to $750, 000.00.

The original structure where the sanctuary stands was only a large metal structure with garage doors and no office spaces.  Now this area includes a sanctuary that seats approximately 2500, with a choir loft, upstairs chapel, large stage pulpit, wall to wall carpet and air conditioning.  The fellowship hall includes a state of the art kitchen and a dining hall that comfortably seats 500.  Other areas include an office building, O.L. Meadows School of Ministry facilities, the Bishop’s suite, six offices, a large conference room, a daycare, dormitories and 2 playgrounds. 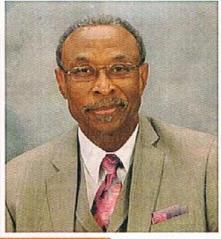 Dr Terrell Harris, Jr., Founder and Pastor of the True Light, Church of God in Christ (COGIC) at 6380 Pulaski Pike Rd, in Huntsville AL was honored at an Inaugural Reception for his appointment as the Fourth Administrative Assistant to Bishop O.L. Meadows, Prelate of Alabama First Ecclesiastical Jurisdiction of the Church of God in Christ. This event, sponsored by the Huntsville District COGIC, was held Tuesday, May 14, 2013 in the Harris Family Life Center adjacent to True Light, where Dr. Harris has been the Pastor for 35 years.

Bishop O.L. Meadows (Birmingham, AL) was the keynote speaker. Commenting on the uncommon unity of the Huntsville District, Churches of God in Christ where Dr. Harris is the Superintendent of nine churches, Bishop Meadows called it the “Ray of Light District” speaking of “the radiant glow” seen as he looked upon the people, the arrangement and overall conduct and manner of the Inaugural Reception. Bishop Meadows exhorted the attendees to “Stand on the Promises of God”. He spoke of Dr. Harris’ extraordinary administrative abilities, even in difficult matters; his ability to administer sound judgment was a strong trait. Bishop Meadows also proclaimed Dr. Harris’s love for God and the Church made him a definitive leader, by answering the question: How does one prove their love for the church? “One does so by having a godly response to fallen humanity.”

Dr. Harris exemplifies this response to the call of God, resounding the spirit of Isaiah saying “Here I am Lord, send me.” The people of Huntsville and its people celebrate one of our city’s most revered leaders, Dr. Terrell Harris, Jr. Congratulations!