Romans 3:22-24 (NIV)
“This righteousness is given through faith in Jesus Christ to all who believe. There is no difference between Jew and Gentile, 23 for all have sinned and fall short of the glory of God, and all are justified freely by his grace through the redemption that came by Christ Jesus.” 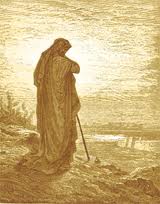 II. For the wages of sin is death, but the gift of God is eternal life in[a] Christ Jesus our Lord (Romans 6:23).

III. But God demonstrates his own love for us in this: While we were still sinners, Christ died for us (Romans 5:8).

The good news is that God’s program of reconciliation and forgiveness works!

Biblical Figures who had a serious encounter with guilt

1. Judah pronounces a premature judgment then recants … About three months later Judah was told, “Your daughter-in-law Tamar is guilty of prostitution, and as a result she is now pregnant.” Judah said, “Bring her out and have her burned to death!” Genesis 38:24
2. David’s dealing with Uriah… “My guilt has overwhelmed me like a burden too heavy to bear” Psalm 38:4 (guilt intensifies when exposed).
3. Jesus… God declared us not guilty through Christ death on the cross. About three in the afternoon Jesus cried out in a loud voice, “Eli, Eli, lema sabachthani?” (which means “My God, my God, why have you forsaken me?”). Matthew 27:46

Guilt is either confronted and dealt with completely or evaded (escapes). 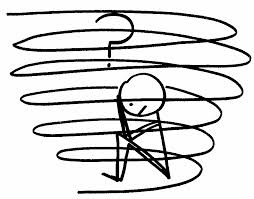 Feelings of rejection, projection of feelings, inability to say no, depression, anxiety, obsessive compulsive behaviors, blame-shifting, loss of intimacy with God, addictions, Indulgences as a result of blackmail and CONDEMNATION CONTRAST WITH CONVICTION

John 15:8 “And when he is come, he will reprove the world of sin, and of righteousness, and of judgment.”

Remorse for wrong doing is an acceptable behavior

GRIEF: (page 113) it’s healthy for men to cry. Tears made during moments of grief contain toxins produced internally. Let Go and Let God: Yet, pay attention to your feelings. Your emotions can be powerful indicators of problems and may serve as an engine light to the human body.

THE FREEDOM OF FORGIVENESS by Dr. Augsburger 1. Face it 2. Confess it 3.Forsake it 4. Live it.

Forsaking your guilt has to do with construction sorrow or repentance. This is the gospel!
To confess your total dependence on the grace of God is to free you to take the next step

Whats on your mind? Cancel reply